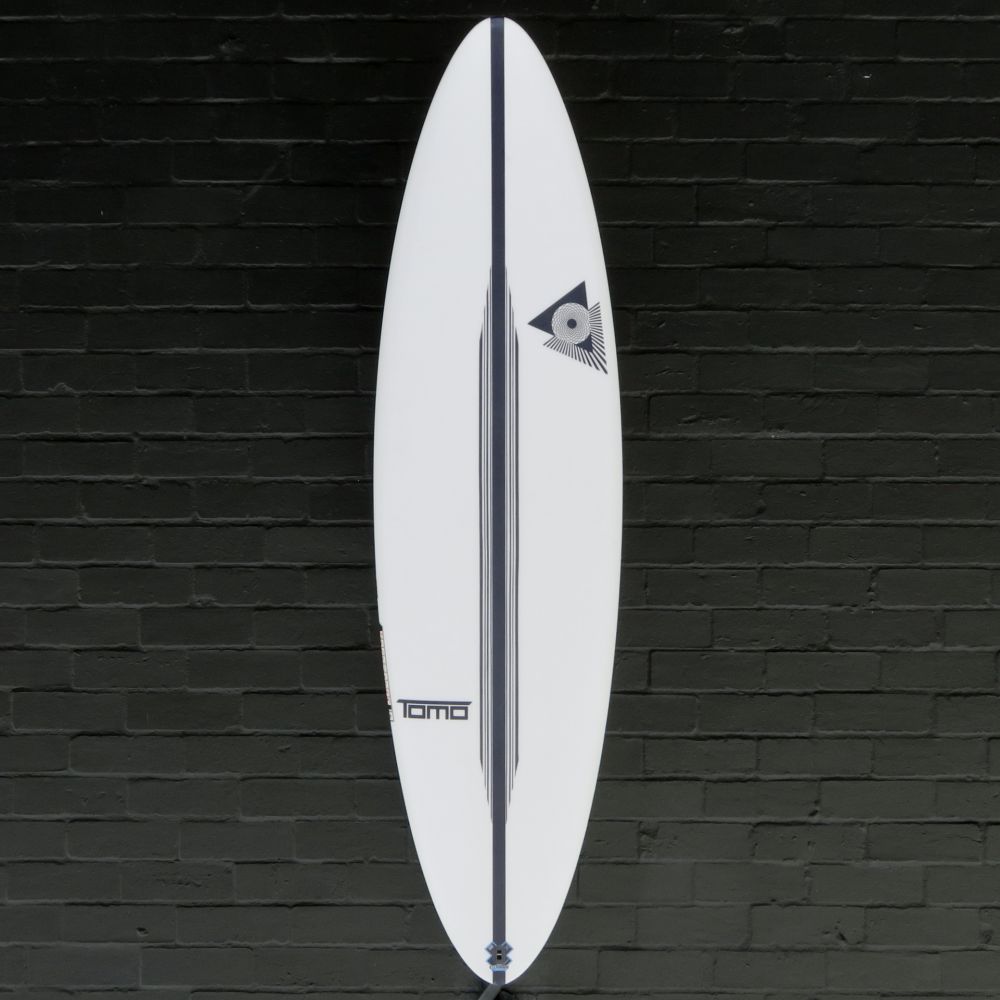 The Firewire Tomo Hydronaut is a new step-up designed by Daniel ‘Tomo’ Thompson – the first model in his range for Firewire dedicated to bigger & more powerful conditions.  After several years of refinement and fine tuning, this model has become the board of choice for many of the Firewire & Slater Designs team when the waves get good.  Built to effortlessly hold its line on steeper wave faces, feel solid underfoot at speed and allow you to draw the lines you want on curvier wave faces. 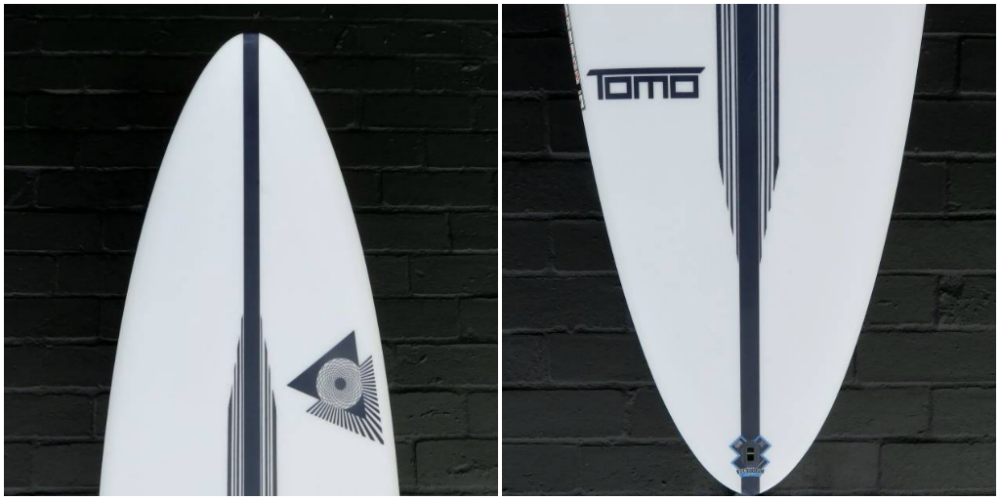 The outline of the Firewire Tomo Hydronaut design has a wide point forward of centre and a pointier, torpedo-shaped round nose.  This ‘torpedo’ nose removes the excess length up front (in a more moderate way to his ‘cut off’ nose designs in the Omni and Cymatic) reducing the swing weight up front and helping you to change directions quicker. The extra curve up front that this nose shape creates also helps to minimise catching rail through full rail turns.  Tomo describes this nose shape as giving you a “safer feeling in critical situations because of the way it enhances the quickness of direction changes when manoeuvres are made at high speed”.  This nose shape also greatly reduces the chance of nose-diving – Kelly Slater has described the Hydronaut as a board that is “impossible to pearl on.” 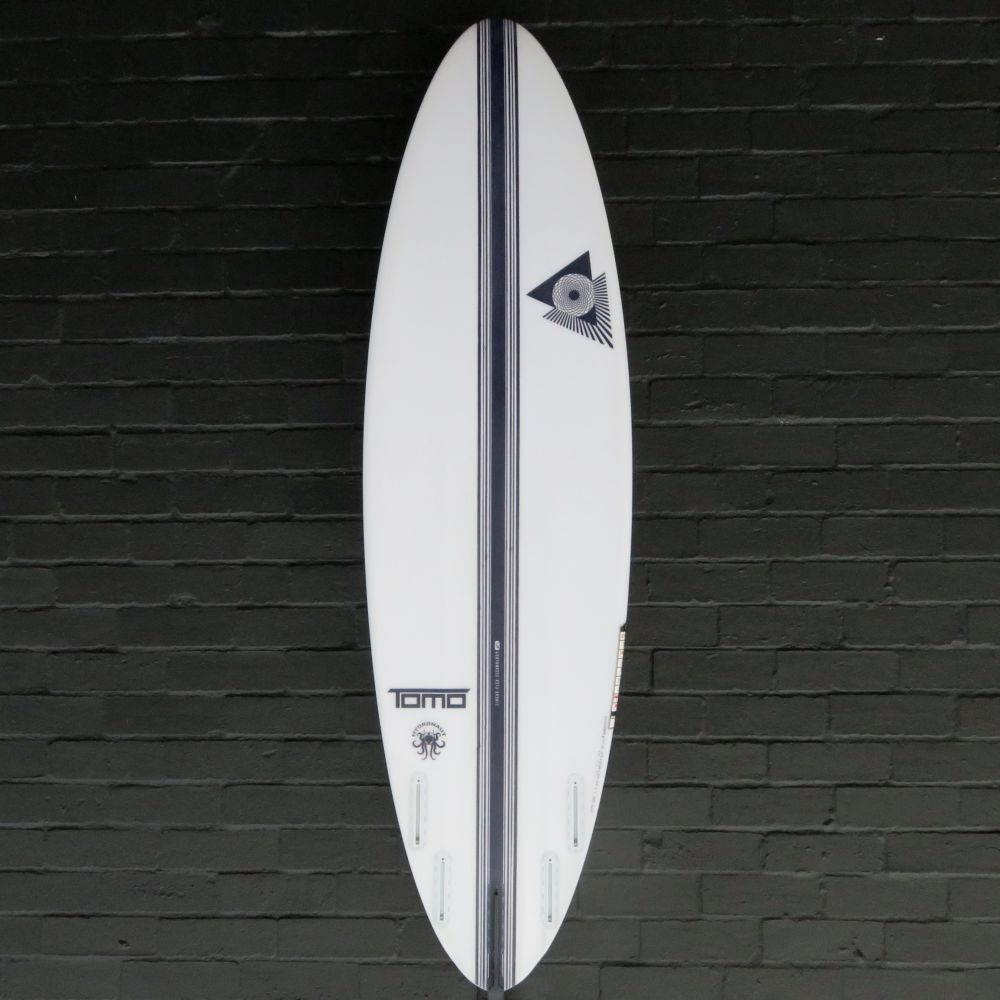 The Firewire Tomo Hydronaut shape by all report paddles very well for its size.  The increase in paddle power per length comes from the combination of foam distribution and nose shape – allowing you to get your chest quite far up the board when trying to get yourself over the ledge.  It’s an approach Daniel has refined with Kelly Slater for his Cymatic and Omni designs. Both of these models feature a fairly gradual entry rocker with extra foam forward in the template. These two features are pretty effective for stability in making late drops and nice and solid underfoot in the tube. 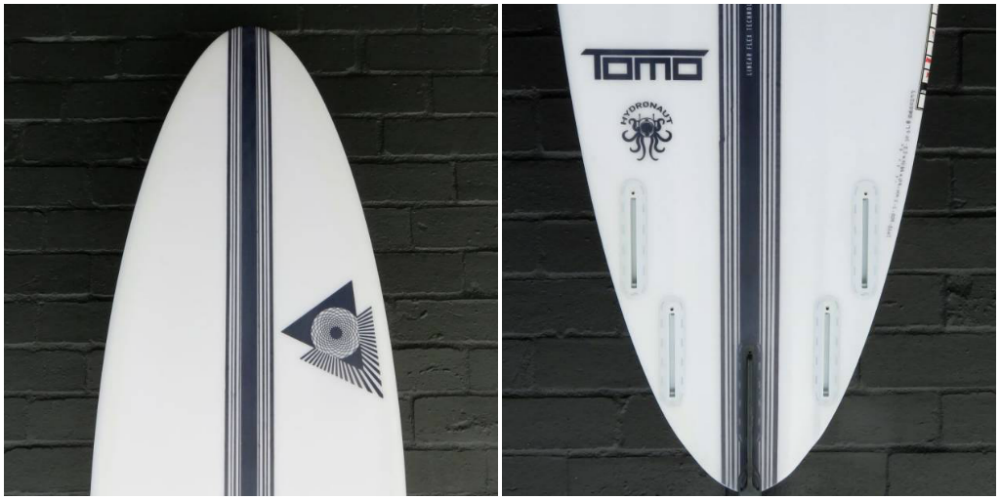 The Firewire Tomo Hydronaut is built in a slightly more robust LFT construction to other Firewire models. A higher density core has been used for this model with stronger glassing than shapes like the SKX, making it less likely to let you down in heavy, powerful surf.  The extra weight also makes this model less sensitive to wind, chops and bumps that often goes hand-in-hand with larger swell.

If you are off on a trip or looking for a new stick for the better days at home then the Hydronaut is definitely worth checking out. Available from us in store or ONLINE