We now have the …Lost Carbon Wrap Puddle Jumper and Quiver Killer Models in store on our racks!!!  In what seems to be the year of Epoxy – …Lost has introduced its own CARBON WRAP™ surfboard construction technology – structurally engineered for optimum flex and performance.    This Carbon Wrap method was originally created by Gold Coast surfboard manufacturer, Dan MacDonald – designed to be nice and light-weight without sacrificing strength & most importantly enhancing performance.

The use of strategically placed carbon strips in Carbon Wrap construction eliminates the need for standard wooden stringers, throwing away the traditional flex patterns of single stringered surfboards.  Ultra-light and more flexible EPS cores are “wrapped” in an exoskeleton of strategically positioned, carbon fiber bands. These bands are aligned together at the nose, they gradually curve outward towards the rails as they extend down the board. This curve creates and controls a unique torsional flex that livens up as it nears the tail, just in front of the fins. The carbon then “wraps” from the bottom, around the rails and onto the deck.   This unique method creates Carbon Wrap’s lively flex – allowing the surfboard to really load up (leading into) and then release through turns.   The end result is a very positive feeling ride …resulting in next level speed and drive – allowing you to really spring out of your maneuvers and generate speed through carves. 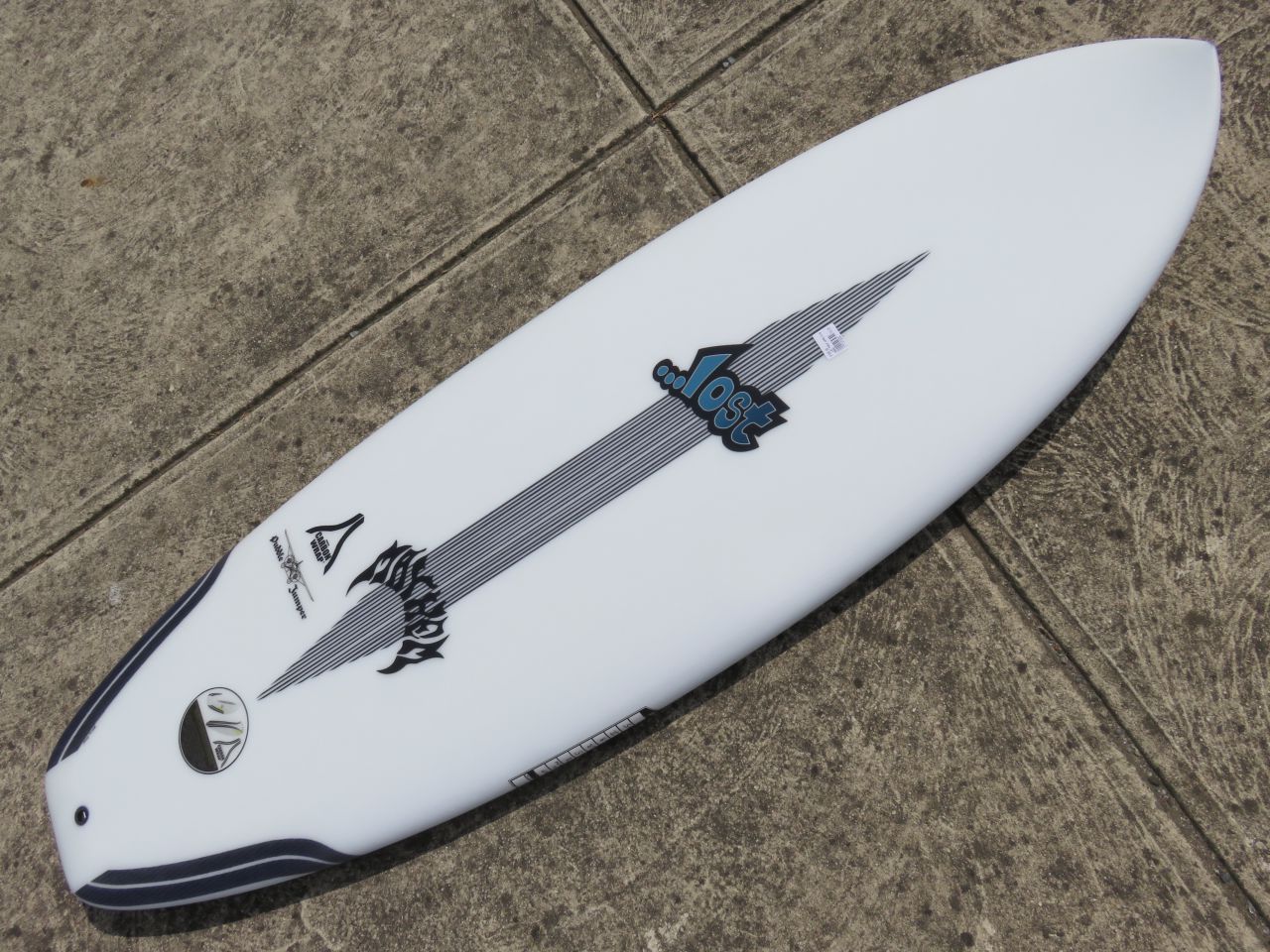 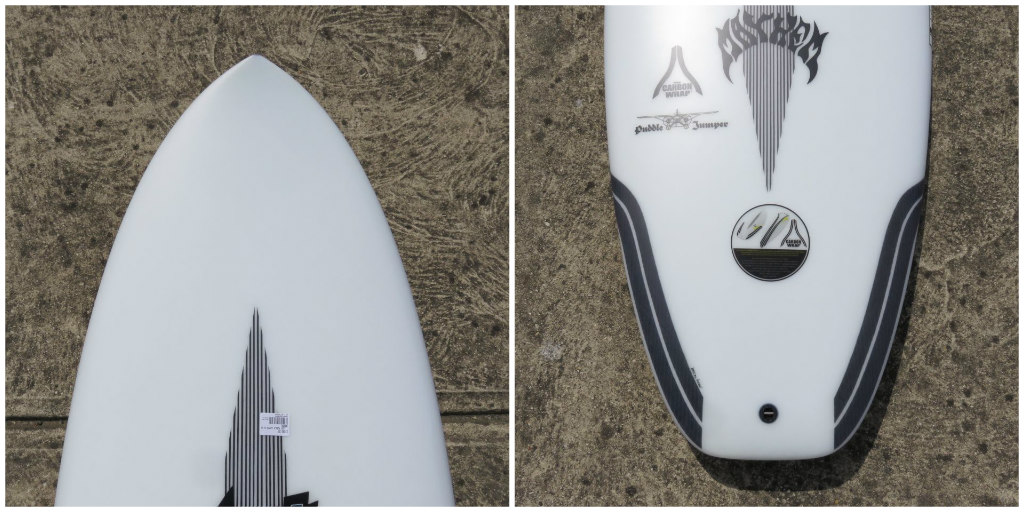 One of the board models we have the Carbon Wrap technology available in is the …Lost Puddle Jumper.  A small wave speeder –  user friendly bliss with a high performance twist. This design features a concave bottom that transitions through to a distinct vee in the tail. The wide outline & thick foil up front means that this shape is easy to pick up waves on – there is also no lack of glide and stability on the front foot. The concave bottom adds lift and increases the rail curve, which allows for more radical top to bottom surfing. The straight rail line and vee through the tail keep the board moving forward and holds momentum when put on rail. 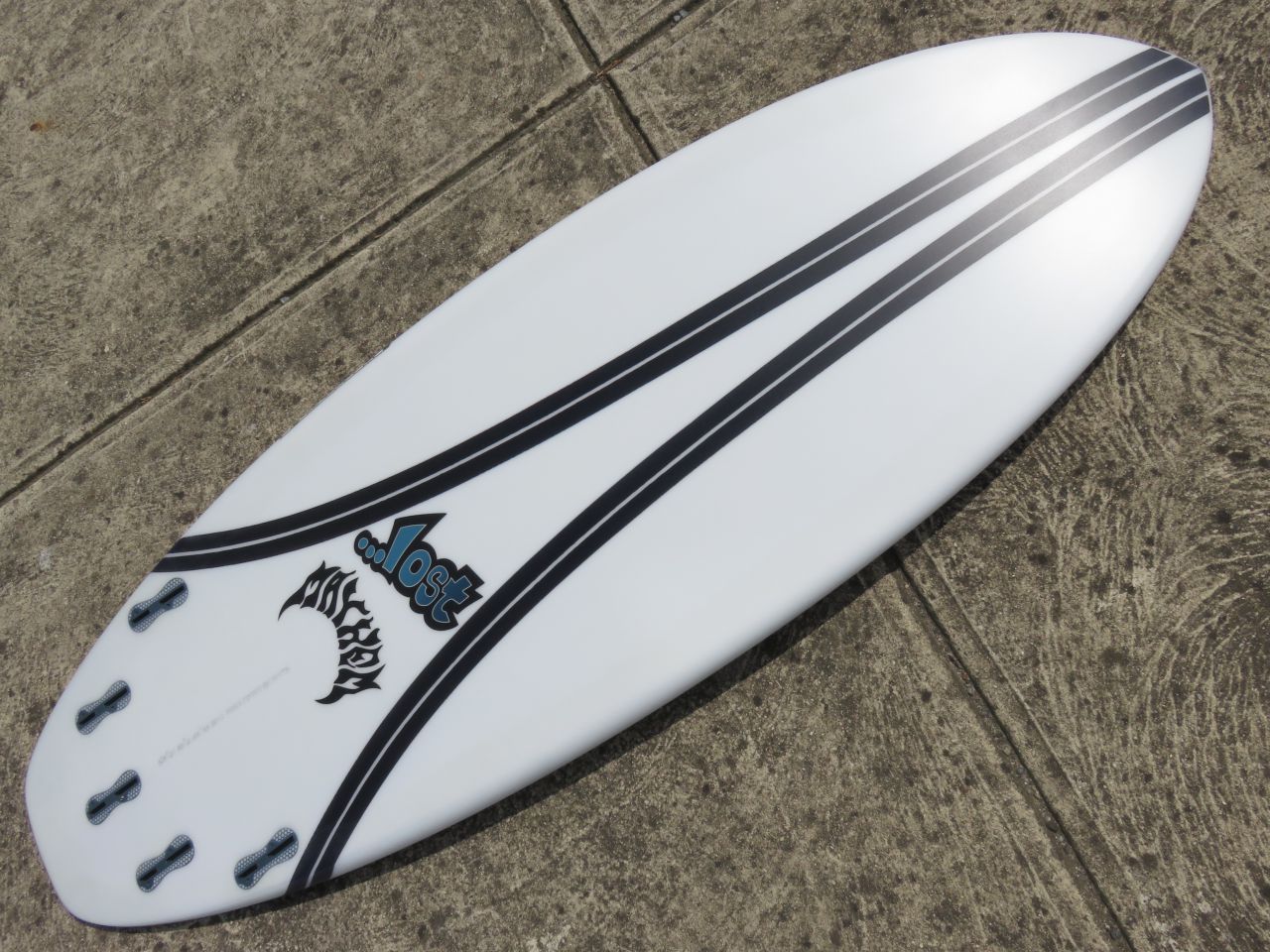 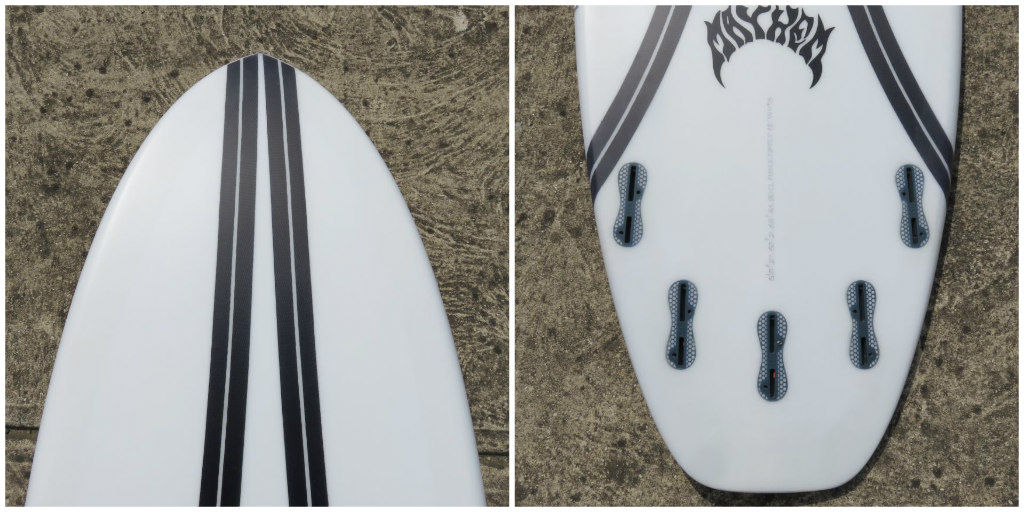 “This is the most excited I have ever been about a small wave surfboard. Personally, it’s the best small wave board I have ever ridden. I have never made a claim like that about any board before” – Matt Biolos 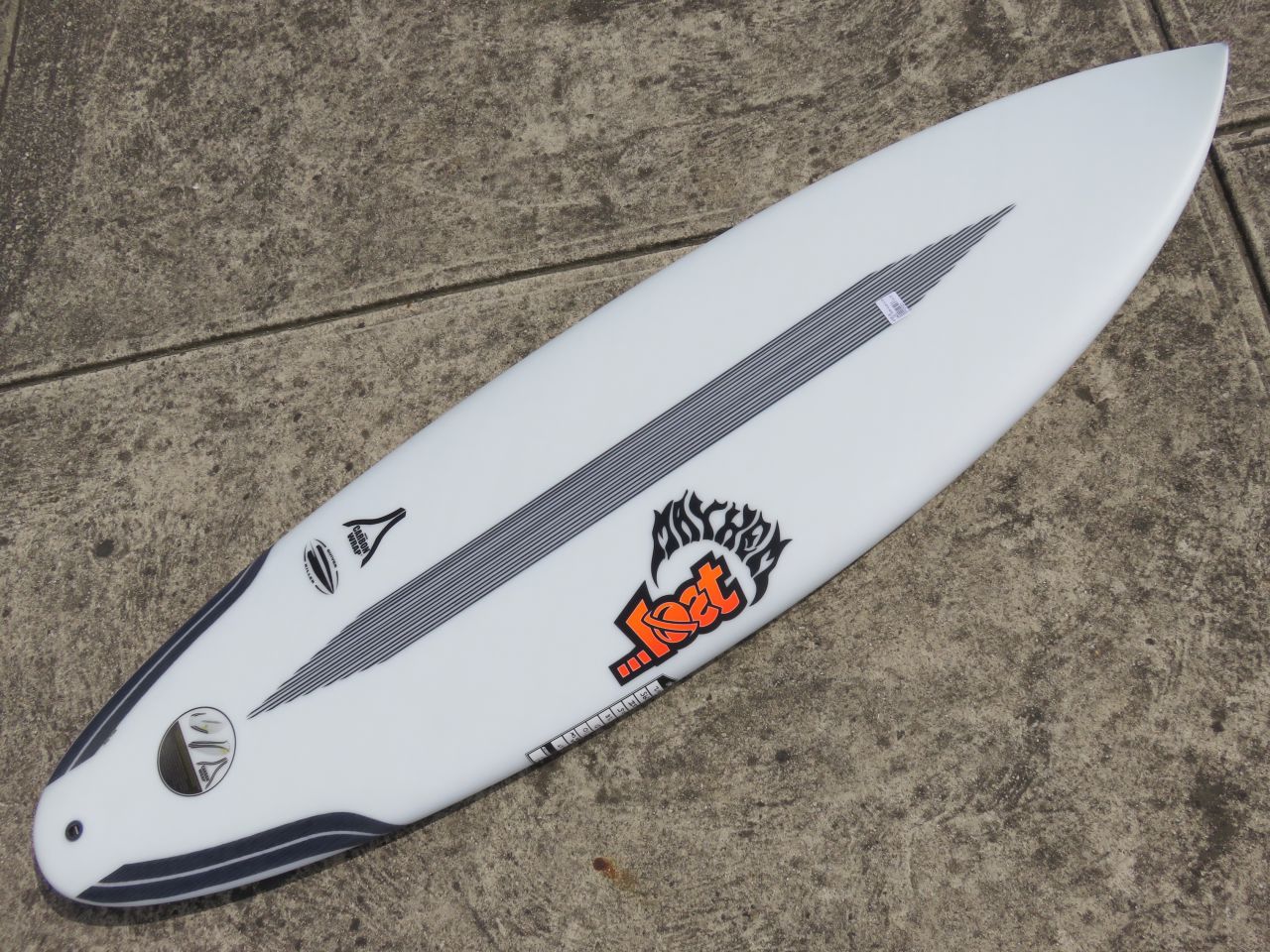 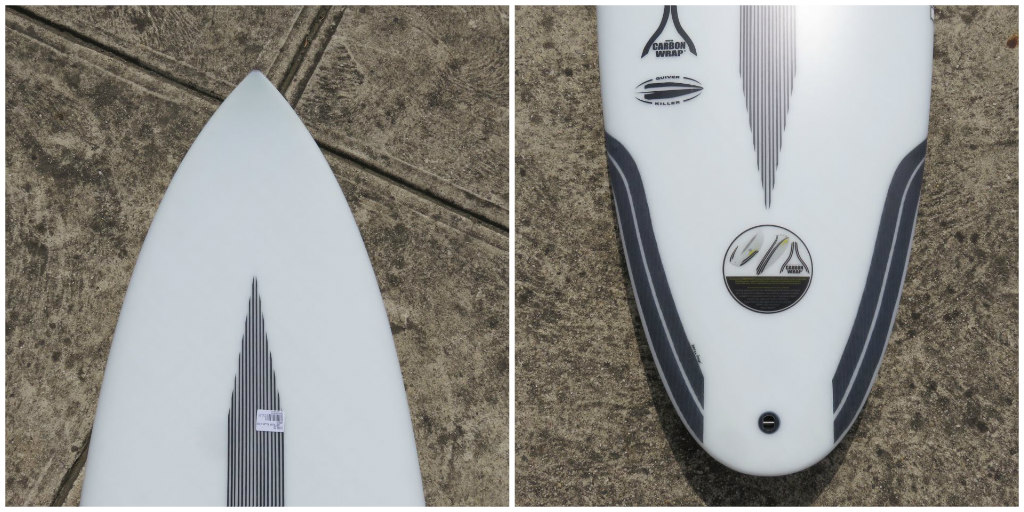 The other …Lost Carbon Wrap model we have in store is the Quiver Killer .  An extension of  the ShortRound model with some tweaks to give it a broader wave range.  It is a short, relatively flat and stubby board that is super fast and fun to ride.  With its rounded tail, reduced nose area, and the added rocker, the Quiver Killer has a touch more grip and control at high speed in bigger more powerful waves than the Short Round model.  This makes this model an excellent choice as an all-rounder & a travel board – a board that you can make work in most conditions. 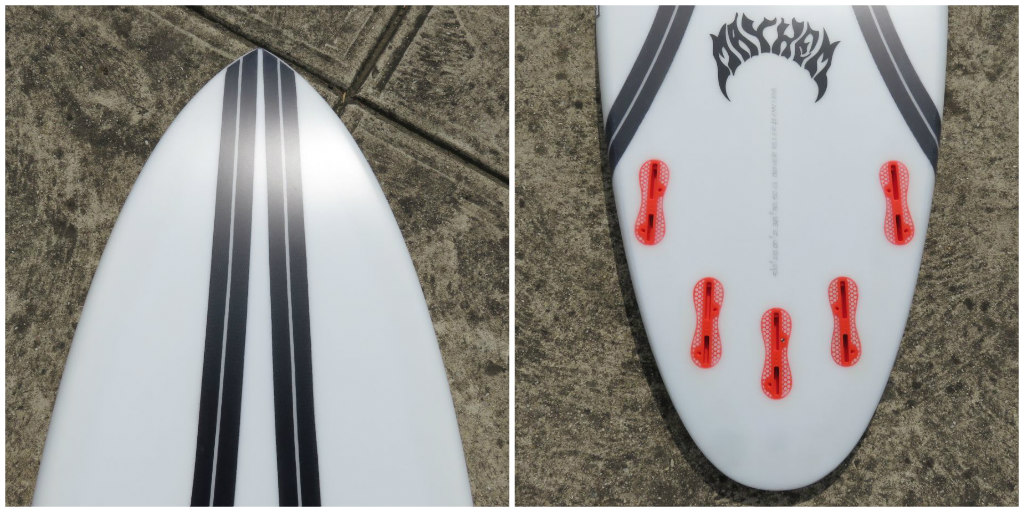 Come and check out …Lost Carbon Wrap Puddle Jumper, Short Round and the rest of the boards we have in store from …Lost Surfboards.  Alternatively you can check out the stock we have in the shop individually listed ONLINE