We now have the …Lost Round Nose Fish Redux Model in store at Zak Surfboards  Recently released to commemorate the 20th year anniversary of the groundbreaking surf video “5’5″ X 19 1/4” (filmed  in 1995-1996 and released in 1997 starring Chris Ward and Cory Lopez) acclaimed surfboard shaper Matt Biolos decided to re-vamp his Round Nosed Fish RNF-Classic. 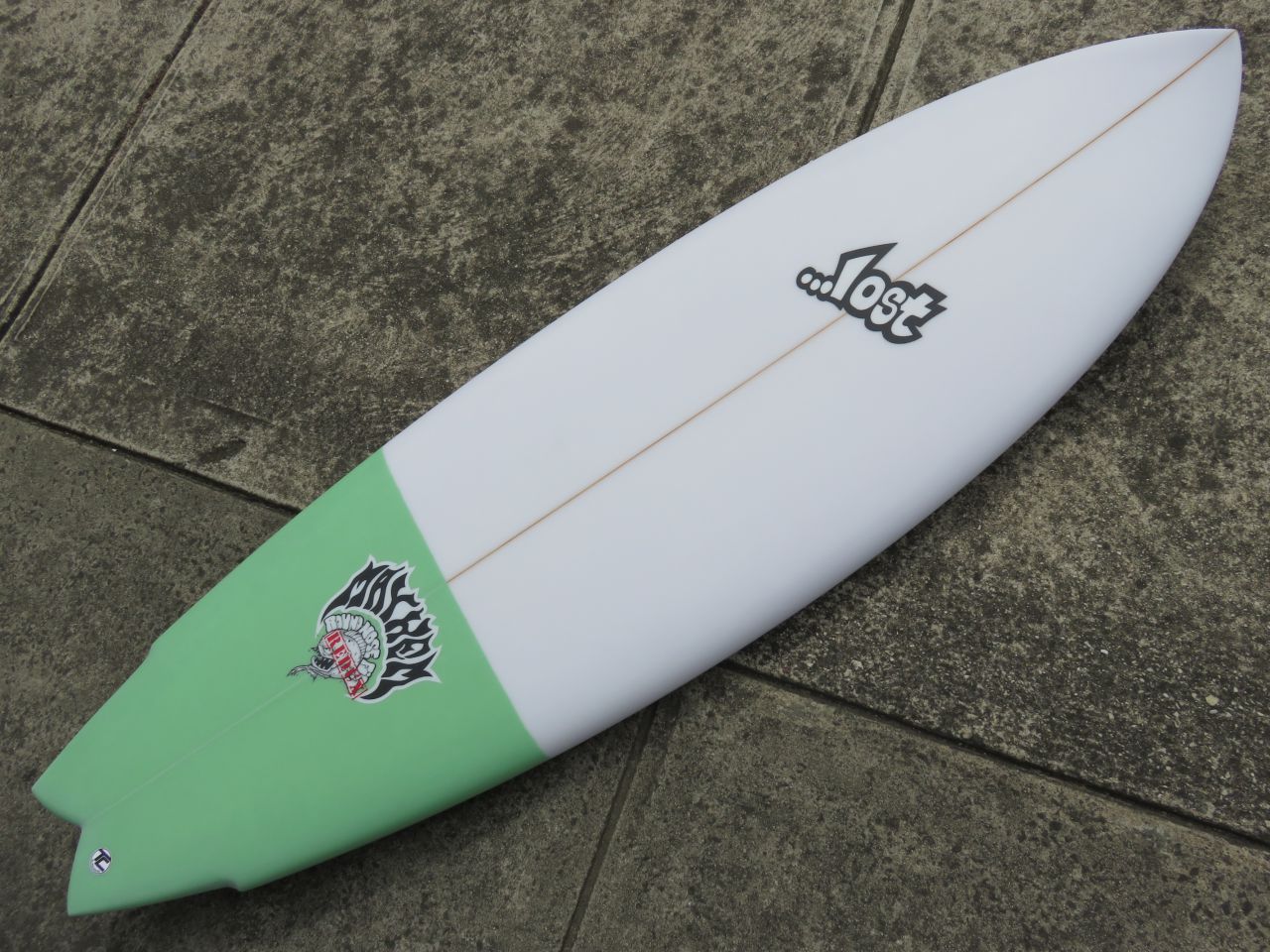 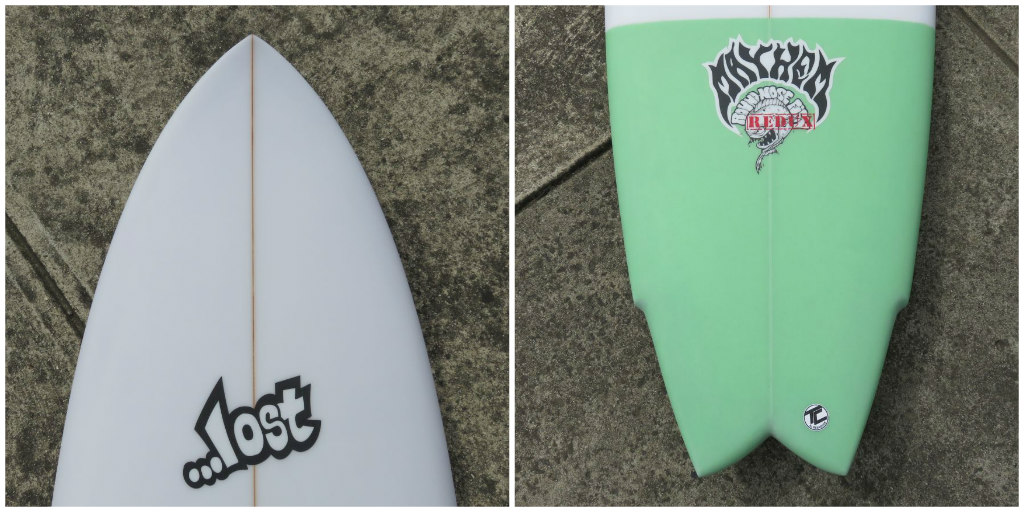 The RNF Classic and combined a somewhat narrow tail (for a fish shape)  with a fuller nose, more width than most were riding in that era,  balanced with its short length and flat-ish rockThe …Lost RNF was not only extremely fun to ride in average waves but was also quite playful in the pocket of steep waves, allowing tight radius carving in the hook.  Probably one of the first times a fun retro shape had been successfully reinterpreted for a high performance approach to the wave. 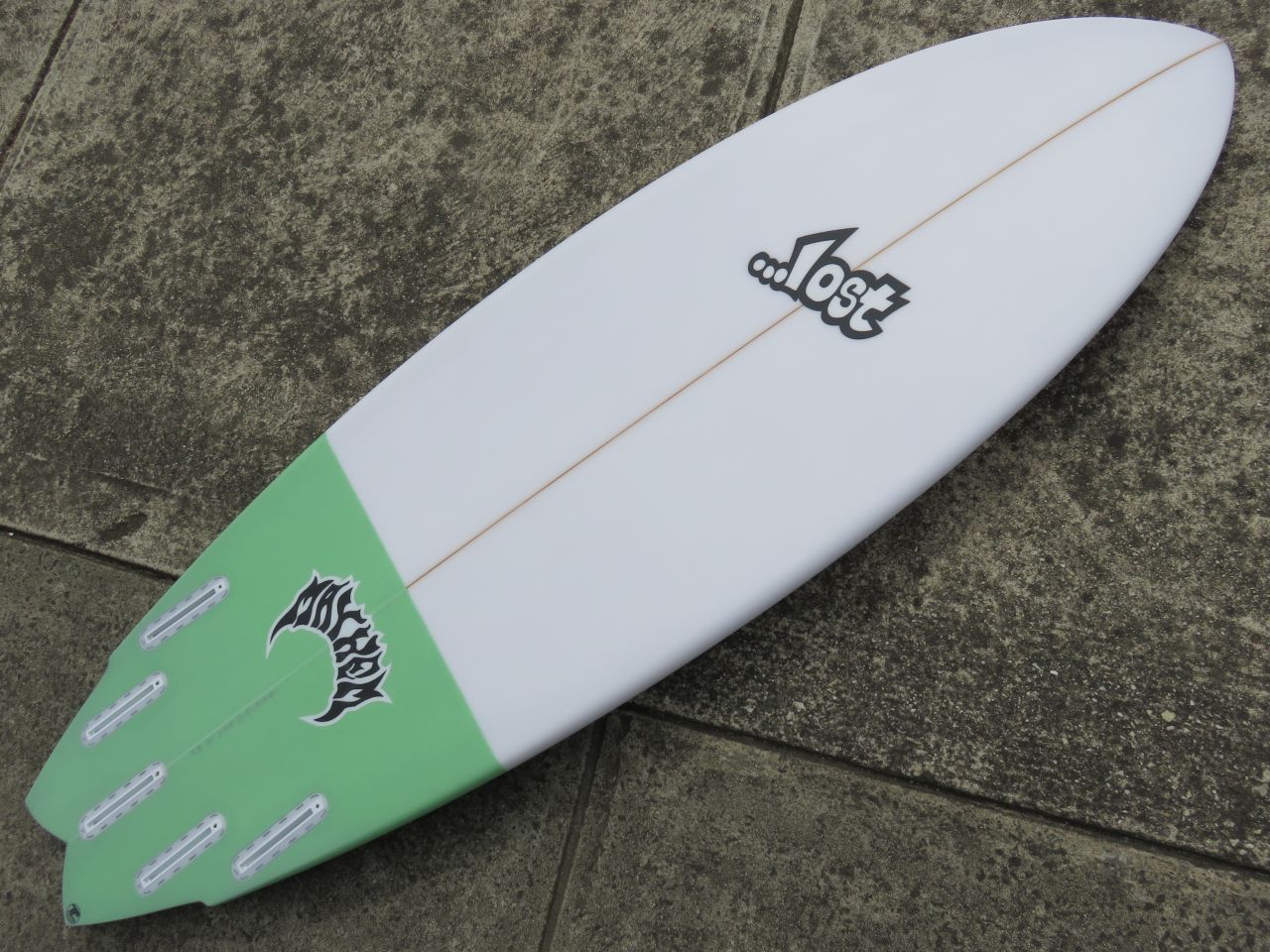 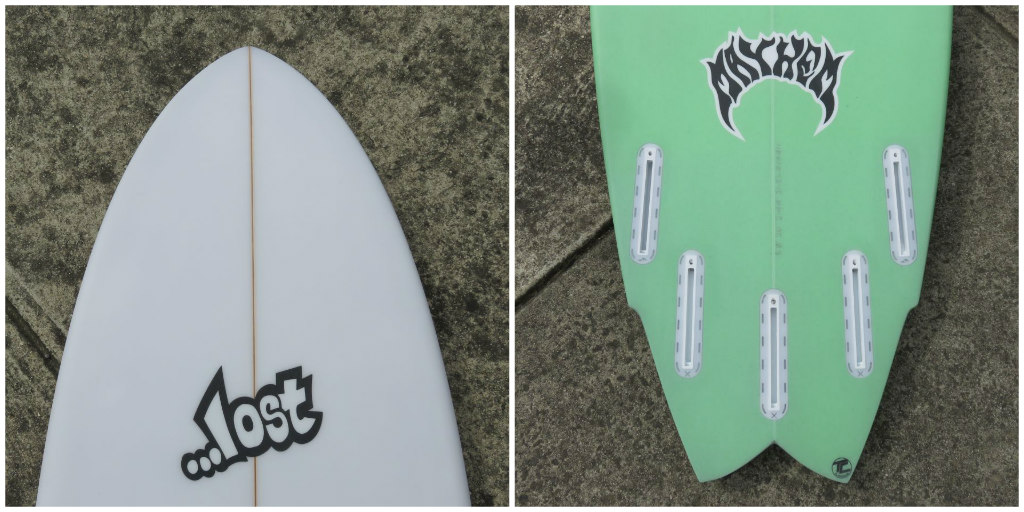 This new 2017 incarnation of the RNF design utilizes a single fluted wing in the tail.  This wing allows for a straighter rail through the middle of the board for extra speed down the line, with a distinct pivot point to turn off.  A wider swallow tail, fuller nose and thicker foil throughout the shape makes this RNF version a lot more forgiving to surf, especially in weaker, mushier conditions.

Come in store and check out the …Lost Round Nose Fish Redux Model – we only have a few on the rack at the moment with more on their way in the new year.  Our full range of …Lost Surfboards can be seen individually listed ONLINE